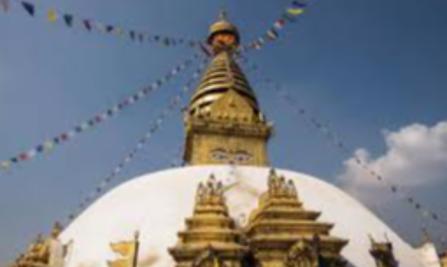 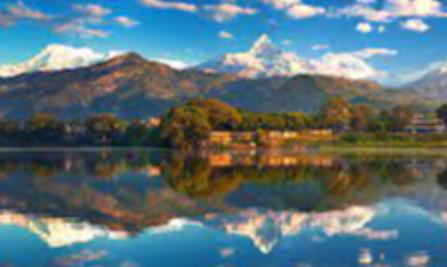 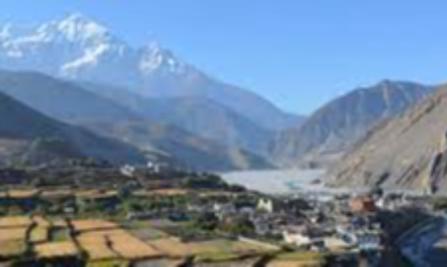 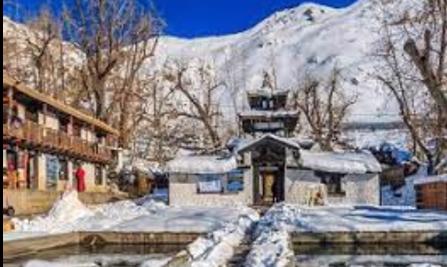 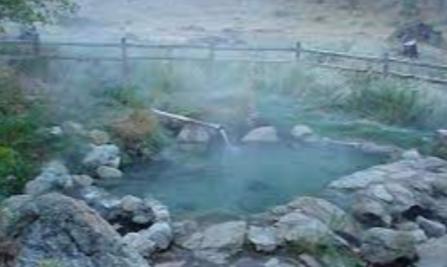 Jomsom, also known as Dzongsam is the centre of Gharapjhong rural municipality in Mustang district and a former independent village development committee situated at an altitude of about 2,700 metres in Gandaki Province of western Nepal.

Muktinath is a Vishnu temple, sacred to both Hindus and Buddhists. It is located in Muktinath Valley at the foot of the Thorong La mountain pass in Mustang, Nepal. It is one of the world's highest temples. Within Hinduism, it is one of the 108 Divya Desams, and is the only Divya Desam located outside India.

Tatopani is a village development committee in Myagdi District in the Dhaulagiri Zone of western-central Nepal. At the time of the1991Nepal census it had a population of 843 people living in 182 individual households. Some renowned hot springs in use are Bhurung hot spring, Dagnaam hot spring, Gogar hot spring, Singha hot spring and Gurja hot spring. There is a belief that bathing in hot springs can cure diseases.