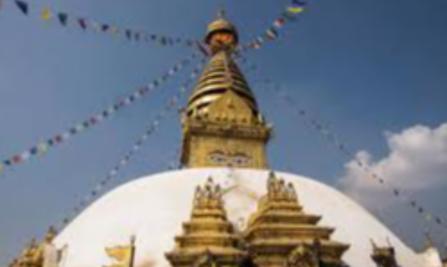 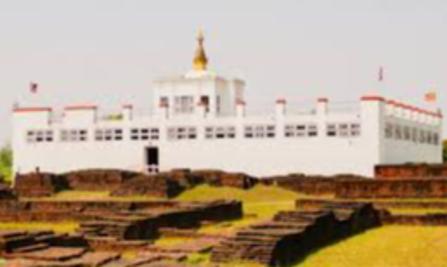 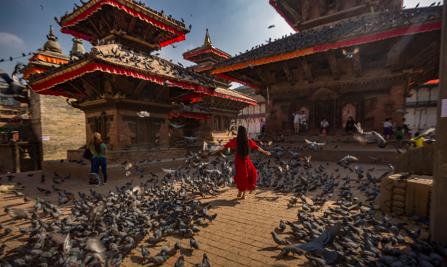 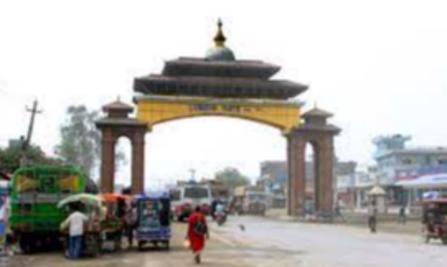 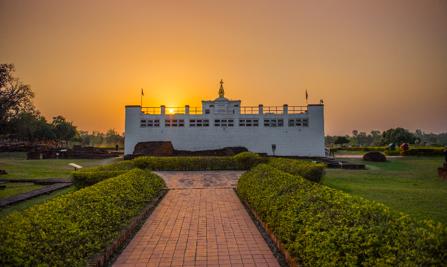 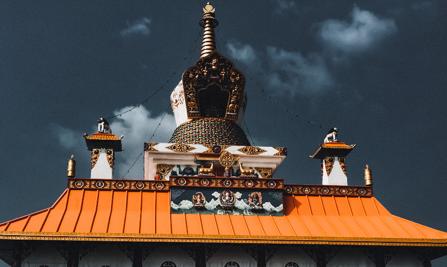 Bhairahawa spelling variation Bhairawa and also known as Siddharthanagar -- is a pleasant city of about 70,000 people on the Terai plains of Nepal. It is 265 km. (165 miles) west of the capital Kathmandu and three kilometers north of the India border at Sunauli. Bhairahawa is the main travel gateway to the Buddhist pilgrim's circuit of Lumbini Kapilvastu and Kathmandu). Hindu pilgrims also enter Nepal here on pilgrimages to Kathmandu Pashupatinath. Bhairahawa is also a gateway to Nepal for overland travelers and backpackers heading for jungle and mountain treks, river rafting and other adventures.

Ridi is a popular pilgrimage site of cultural and religious significance, Ridi known as Ruru Kshetra is situated in a deep narrow valley in Lumbini Province. Located in the tri- junction of Gulmi, Palpa and Syangja districts in Southwestern Nepal, Ridi lies on the confluence of Ridi Khola and Kaligandaki River. It is one among the four Chardhams of Nepal. Ridi is famous for Saligrams or ammonite fossils that are found in abundance. These fossils are also considered to be the symbol of Vishnu, an important Hindu deity. For over decades Ridi Mela is a fair is held in this region for 3 days during the festival of Maghe Sankranti in Janiary. Many pilgrims visit Ridi during this time to take holy bath in the Kaligandaki River and pay their respects in Rishikesh Temple to achieve Moksha. Rishikesh complex a well-known cremation site as mentioned in the great Hindu epics, Rishikesh Temple, is also a part of this complex where ancient Vedic rituals are still conducted. Another important site in Ridi is Bhriguteshwar, the place where the Brahmin Devdutta meditated and achieved salvation.

Lumbinī is a Buddhist pilgrimage site in the Rupandehi District of Lumbini Province in Nepal. It is the place where, according to Buddhist tradition, Queen Mahamayadevi gave birth to Siddhartha Gautama at around 563 BCE. Lumbini is now a UNESCO World Heritage Site. It acts as one of the major tourist attractions in Nepal. In the year 2001, Nipponzan Myohoji built a Peace Pagoda in the park. This Peace Pagoda is visited by many people daily irrespective of religion and culture. The history of Lumbini is an important site for Buddhists and Hindus. The ruins of the ancient monasteries depict the story of the rise of Buddhism culture. The sacred Bodhi tree, the ancient bathing pond, and the pillars are an integral part of Nepal’s history too. To dig out more facts and showcase the beauty of Lumbini, there are multiple monuments and monasteries.