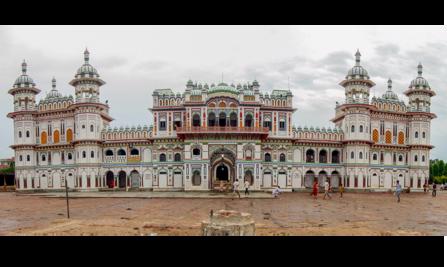 Janakpur was named after King Janak the king of the ancient Indian kingdom and the father of goddess Sita, it is the native country of goddess Sita, the wife of the Hindu god Rama and the female protagonist of the great Hindu epic Ramayana. Today Janakpur stands as the most dirt-free and fascinating place among all the towns of Terai.

Besides the religious importance, Janakpur is additionally the center for the revival of the ancient Mithila arts and crafts. As a standard, Mithila women have always been decorating the walls of their houses with paintings depicting figures from Hindu mythology in abstract forms, sometimes resembling a mandala.