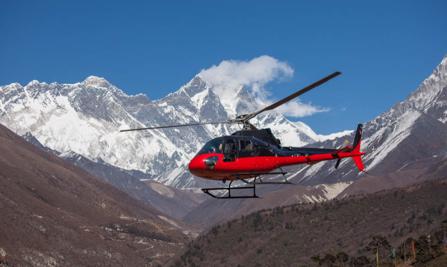 The Damodar Kunda (lake) is famous for both Hindu and Buddhist religions. It is situated High Himalayas Annapurna range. The elevation of the Damodar Kunda is 5400 meters; it is a cold and windy area. The best time to visit is around April to September every year. Festival time would be a great time to visit Damodar Kunda. The Damodar lakes are located three Days a walk from the northeast of the main Mustang trekking route & very close to the Tibetan border. Damodar Kunda lies on a constrained upper mustang between Kagbeni and Muktinath.

The Damodar Kund’s religious significance has narrated in the secret Barah Purana book. While briefing about Damodar Kunda, River Kaligandaki can't be left untouched. River Kaligandaki has its source in Damodar Kund and throughout its flow to south right up to Indian border carries a manifestation of lying lord Vishnu with Damodar Kund jeweled as His auspicious Head and with Muktinath as the mouth, Shaligram Chakra as chest Kuruk Kshetra of Palpa district as the waist, Deva ghatam as the Knee and lastly the fortunate feet of lord Vishnu goes to the credit of Gajendra Moksha deva Dham, Nawal Parasi. Such a beautiful amplification of the lord, one may find starting from the favorable lakes of Damodar Kund. In the 2nd column of Barah Purana; Lord Krishna has said that who pay a visit to this Kunda and take a deep bath, will be freed from all sin. It is also mentioned in Purana that two sons of Kuber were suffering from their wrongdoing & sin, which they did in their previous birth but lord Krishna suggested they take bath in this Kunda, and nearly after taking bath in this Kunda they were unconstrained from all their sin. So, the reputation of a visit to this sacred place cannot be described in a short paragraph